If you have an IRA account or are considering one, there are a number of potential missteps you will want to avoid. Some of them can lead to unwanted taxes and penalties, and of course, we are talking about your retirement funding, so it is an important issue. Here are a number of issues to keep in mind:

Selecting a Type of IRA Account – The first decision you will have to make is whether to choose a traditional IRA or a Roth IRA. A traditional IRA provides a tax deduction for the contribution and tax-deferred growth, but any withdrawal from the account is fully taxable. On the other hand, Roth IRA contributions are not deductible, but distributions after retirement are tax-free. A Roth IRA offers tax-free accumulation, meaning the earnings build up over the life of the IRA tax-free. Making the decision involves a number of factors, some of which will be discussed later in this article.

For those currently with low income and on a limited budget with little extra income to spare for IRA contributions, the traditional IRA offers a tax deduction, which will allow them to make a larger contribution and is better than having no retirement funds at all. In addition, lower-income individuals may qualify for the Saver’s Credit, discussed later, which provides a tax credit that might help them to afford a contribution.

For younger individuals, a Roth IRA provides tax-free accumulation, meaning the earnings will be tax-free when distributed at retirement. Thus, the longer one has a Roth IRA, the more tax-free income it can provide.

Missing out on the Saver’s Credit – As mentioned previously, the Saver’s Credit helps lower-income individuals to save for retirement by providing a credit to help cover the cost of their IRA contribution. The credit can be as much as 50% of the first $2,000 contributed to an IRA (either traditional or Roth), depending upon your income for the year. It is not allowed for individuals under the age of 18, individuals claimed as dependents of another or full-time students. The credit is non-refundable, meaning it can only be used to offset one’s tax liability, so lower-income taxpayers may not have enough tax to benefit.

Failure to Keep Designated Beneficiaries Current – A number of life events can change who you want to be the beneficiary of your IRA account when you pass. Divorce and the death of a beneficiary are probably the most common, but regardless of the reason, it is important to keep your IRA trustee or custodian apprised about the current names of your beneficiaries, or else the account could end up in the hands of someone you didn’t want it to be.

Failing to Recognize Low Tax Distribution Opportunities – Occasionally, a taxpayer will have an abnormally low-income year, or the individual’s deductions will be abnormally high, resulting in a negative or very low taxable income. When this occurs, traditional IRA distributions by those age 59½ or older can be taken with little or a minor tax liability. Because the distribution must be taken before the end of the year, the key is to recognize this possibility, determine how much of a withdrawal will provide the best result and then take the distribution before year’s end.

Also low-income taxable years can provide an opportunity to convert some portion of a traditional IRA to a Roth IRA with minimal or no tax liability.

Social Security Income and Traditional IRA Distributions – If you are retired and drawing Social Security, remember that Social Security income does not become taxable until one-half of the Social Security income plus your other income exceeds $32,000 for a married couple, or $25,000 for most other filing statuses. Even if you don’t need the funds from an IRA distribution, it may be appropriate for you to withdraw enough from your IRA (or other qualified plans) so that your overall income closely matches the taxable Social Security threshold. Then, you can put those withdrawals away for a future major expense item or unexpected financial liability and avoid a large distribution in one year that would cause the SS to be taxed.

Rollover Errors – You are allowed to take a distribution from your IRA accounts, and the distribution won’t be taxable if the same amount is returned to your IRA within 60 days. However, you are allowed only one tax-free rollover in a 12-month period. So, unless you need the funds for just a short period, it is always best to arrange for a trustee-to-trustee transfer, for which there is no frequency limit, when you want to move IRA funds from one IRA to another.

Failing to Take a Required Minimum Distribution – If you have a traditional IRA, you must begin taking required minimum distributions (RMDs) from your IRA once you reach age 70½. Failure to do so can result in a penalty equal to 50% of the amount that should have been distributed. Luckily, at least so far, the IRS has been very liberal about waiving that penalty for almost any reasonable excuse when a request is made.

You can take out as much as you like each year, but it cannot be less than the RMD. If you withdraw more than the RMD, the excess can’t be applied to the following year’s RMD. The RMD amount for any year is the balance of your non-Roth IRA accounts on December 31 of the prior year divided by your remaining life expectancy. The remaining life expectancy is based upon the Uniform Lifetime Table, which appears in IRS Publication 590-B.

Understanding the Beneficiary Options – Beneficiaries of a traditional IRA where the decedent had already begun taking RMDs will also be subject to an RMD requirement, even if the beneficiary’s age is less than 70½ years. They must begin taking RMDs over the longer of the deceased owner’s life expectancy or the beneficiary’s remaining life expectancy. If there are multiple beneficiaries, the age of the oldest is used in the determination (but see the section on dividing an inherited IRA later). As an option, a beneficiary may elect to take the entire account at any time before the end of the fifth year following the year of the owner’s death.

Knowing an Inherited IRA Can Be Divided – When an IRA has multiple beneficiaries, conflicting interests can arise. One beneficiary may want the money all up front, while another one may want to spread it out over time. There can also be conflicting investment strategies. In addition, the distribution period is determined using the oldest beneficiary’s age, which accelerates the payout. These conflicts can be avoided by dividing the account. The law allows an IRA to be divided into separate accounts for each beneficiary, thus giving each the opportunity to select the option that best suits his or her particular circumstances.

Understanding the Special Spousal Beneficiary Option – Spouse beneficiaries not only have the same options as other beneficiaries but also have the irrevocable option to treat the inherited IRA as their own, which is accomplished by re-titling the deceased spouse’s IRA or simply transferring the IRA balance to the surviving spouse’s own IRA. A surviving spouse may also be deemed as having elected to treat the IRA as his or her own if he or she fails to take RMDs as a beneficiary within the applicable deadline or if the surviving spouse makes contributions to the IRA.

Disclaiming an Inherited IRA – If you, as a beneficiary, do not want to inherit an IRA for some reason, the law allows a designated beneficiary to disclaim an inherited IRA and permits the naming of a new beneficiary by the executor of the estate.

Realizing Your Child Can Have an IRA – It may not even occur to parents or grandparents that if a child has income from working (earned income), they can contribute to an IRA. There is no minimum age requirement for establishing and contributing to an IRA. With the tax reform’s new higher standard deduction of $12,000 (2018) for singles, most children won’t even owe any taxes from their part-time or summer jobs, so the obvious choice for starting a retirement program for a child would be to contribute to a Roth IRA. However, most youngsters will balk at the idea, since retirement is the furthest thing from their minds at this stage of their life, and they will have other spending plans for their hard-earned money.

This is where parents, grandparents or others with the financial means can step in and gift the child the money to make an IRA contribution. The child’s contribution is limited to the lesser of their earned income or $5,500, the maximum contribution allowed for IRAs in 2018. Think what that Roth IRA contribution would be worth after 50 years of tax-free earnings accumulation.

Taking Advantage of IRA-to-Charity Distributions – Taxpayers age 70.5 and older can directly transfer up to $100,000 a year from their IRA to a qualified charity. They won’t get a charitable deduction, but instead – and even better – they will not have to pay taxes on the distribution, and because their AGI will be lower, they will benefit from other tax provisions that are pegged to AGI, such as the amount of Social Security income that’s taxable and the cost of Medicare B insurance premiums for higher-income taxpayers. As an additional bonus, the transfer also counts toward their annual required minimum distribution. If you want to take advantage of this tax benefit, be sure the transfer from your IRA to the qualified charity is a direct transfer from the IRA trustee to the charitable organization and that you get the required acknowledgment from the organization to substantiate the deduction.

If you have questions related to IRAs or the issues discussed, please give this office a call. 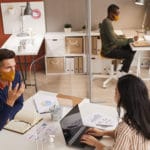 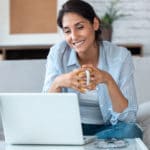 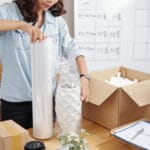