The Treasury Department and the IRS have essentially shot down efforts by several states to help their residents circumvent the $10,000 cap on the itemized deduction for state and local taxes (SALT).

When the Tax Cuts and Jobs Act (TCJA), aka tax reform, was passed, it imposed a $10,000 limit on the SALT deduction; this limitation had a greater impact on the residents of states that imposed the highest taxes on their residents. As it turns out, the states with the highest taxes – income or property taxes, or a combination of the two – are all blue (Democratic) states; thus, many saw it as political retribution, causing some state leaders to seek a workaround.

Ultimately, several affected states, including New Jersey, New York, and Connecticut, came up with similar schemes to skirt the $10,000 limitation. Here is how their workarounds were supposed to have worked.

However, the fly in the- ointment for these arrangements has turned out to be a 1986 Supreme Court ruling that says that if the taxpayer receives something in return (referred to as “quid pro quo” in legalese) for a contribution, the deductible portion of the contribution is reduced by the fair market value (FMV) of what is received in return for making the contribution.

As a result, when the final tax regulations for the SALT limitation were issued, they followed the Supreme Court ruling and treated the tax credits provided in return for the contribution as “quid pro quo” and not allowable to deduct as a charitable contribution.

Since the states only allowed tax credits for a portion of the contribution, typically 85% to 90%, the portion not allowed as a tax credit on the state return can be deducted as a charitable contribution on the taxpayer’s federal return.

Fortunately for taxpayers, in the preamble to the final regulations, the Treasury indicated its concern that the regulations could create unfair consequences for individuals who had made a charitable contribution in return for tax credits. Consequently, simultaneously with releasing the final regulations, the IRS published Notice 2019-12 saying it intends to publish a proposed regulation to provide a safe harbor for certain individuals who make a charitable contribution in return for tax credits. Under the safe harbor, an individual may treat the portion of a state or local tax payment that is or will be disallowed as “quid pro quo” contributions. To qualify for the safe harbor, taxpayers must itemize deductions for federal tax purposes, and their total state and local tax liability for the year must be less than $10,000. Until the proposed regulations are issued, taxpayers may rely on Notice 2019-12. The following examples are based on those in Notice 2019-12.

Example #1 – The taxpayer makes a $500 payment to a local or state-run charity and receives a dollar-for-dollar credit against the taxpayer’s state income tax credit. The taxpayer’s state tax liability is $500 or more. For federal purposes, this $500 contribution can be treated as a tax payment, subject to the $10,000 SALT limitation. Without the safe harbor provision, the taxpayer would not be allowed any deduction for the $500 payment because the regulations require that the amount claimed as a charitable contribution must be reduced by the state credit amount, in this example $500 – $500 = $0.

If you have questions related to this issue or about the $10,000 limit on SALT deductions, please give this office a call. 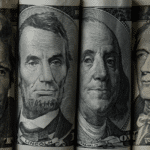 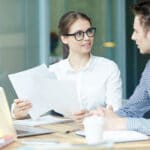