According to one recent studyconducted by the Small Business Administration, there are approximately 28.8 million small businesses in the United States that are collectively responsible for about 99.7 percent of all economic activity in this country. In many ways, they represent the “canary in the coal mine” for a nation. When small businesses are doing well, this is a sign that the economy is strong and that the future is a bright one.

Unfortunately, the reverse is also true as NSBA revealed that the greatest challenge to both small business growth and survival is economic uncertainty. That idea in and of itself may be nothing new, but a number of recent studies and surveys have revealed that a slowdown in the economy is an issue that may be significantly more timely than many realize.

A Recession and Your Business: A Primer

According to the latest CNBC/SurveyMonkey survey, 53 percent of respondents say that they expect an economic recession sooner rather than later. In fact, many of them think that it could arrive as soon as 2020. This comes despite the fact that 52 percent of respondents described business conditions as “good” for the first quarter of 2019; 57 percent expect increased revenue; and 28 percent actually plan to increase their own full-time staff in the short term.

One of the major factors that contributed to the devastation wreaked by the last recession was that it was so sudden. Things got very bad very quickly, and a lot of small business owners suffered as a result.

But, if most people are in an agreement that another recession is on the way (and indeed, a lot of people seem to think we’re overdue), that knowledge itself becomes your most powerful asset. If you truly want to make sure that your small business is capable of surviving when the economy slows down, there are a few key things you’ll want to keep in mind.

Experts agree that one of the best ways to make sure that your small business comes out of the next economic slowdown in one piece has to do with being as proactive and as prepared as possible.

Your business might not need a working capital injection today, for example, but it may once the next recession begins. At that point, it might be difficult to gain access to that capital thanks to poor or uncertain economic conditions.

To combat this, consider taking out a new line of credit to help make sure those funds are available if and when the time comes. Getting a credit line for $20,000 doesn’t mean that you have to borrow that money today or even in full. But the peace of mind that comes with knowing you do have access to these funds will go a long way toward making sure that you can stay afloat during those slow periods.

It All Comes Back to Cash Flow

Likewise, if you know with some certainty that an economic slowdown is inevitable, there are steps that you can take in the short term to avoid traps and other pitfalls that would cause additional damage during a recession.

When the economy does slow down, you’ll need to make sure that your cash flow is in order. If that is currently a problem for you, it’s only going to get worse as time goes on. Make an effort today to collect on accounts receivable at a faster pace. Improve and optimize your own processes and workflows to make sure that you’re getting the money for services rendered as quickly as possible. If you take meaningful steps to improve your cash flow situation now, it will be one less thing you have to worry about if the economy does slow down dramatically next year.

The Art of Inventory Management

Finally, one of the best steps you can take to protect your business during slow economic periods has to do with performing an overhaul of your inventory management practices.

Inventory costs are always a major pain point for most small businesses, but this is especially true during a recession. Again, take a look at some of the problems you may have today that could cause major damage down the road.

Do you currently order far too many of one specific item? Is there an item that you have that can be sourced somewhere else for a better price? Are you capitalizing on every opportunity to reduce shipping and warehousing costs?

These are the types of questions you need to ask yourself prior to the next economic slow period. If you wait until things start to get tough before taking a look at your inventory management practices, you’ll have waited far too long. You may be able to make progress at that time, but the lion’s share of the serious damage will have already been done.

However, by following tips like these to strengthen the foundation of your business right now, it will still be as solid as you need it to be moving forward – regardless of what happens with the economy during that time. If nothing else, these steps will all help to make sure that your business comes out of the next recession stronger than ever, which is definitely the position you want to be in. 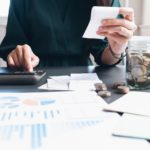 How Small Business Owners Can Avoid a Tax Audit 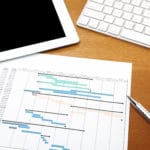 How Businesses Increase Cash Flow by Having A Proactive Tax Strategy

A Guide to Sales Tax for Online Sellers